Heritage has to do with what we have inherited from the past and also what is reserved for future generations. It’s what’s formed us in the past through our backgrounds and it’s the direction we have shaped ourselves for in the future.  The word itself is easy enough to understand but the concept especially applied to us is difficult to grasp.

I think probably the main reason why the concept of heritage is so difficult for us is that we now live in an iWorld – the individualistic world. In the iWorld, we so value individualism that we cut ourselves from relationships, relationship with God and relationship with one another. The “I” is most important; “I” define who I am by what I consume rather than who I am in relation to others. And when we think of ourselves in isolation of others, we also cut ourselves off from our relations in the past and in the future. 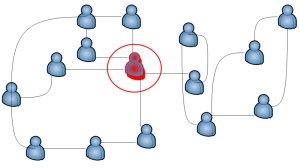 In the Bible (especially the OT), people are spoken of in relation to others. Actually, we see this for example in the genealogies are all the way through and people are introduced and described in relation to their families and clans. Look at Saul in 1 Samuel 9

“There was a Benjamite, a man of standing, whose name was Kish son of Abiel, the son of Zeror, the son of Becorath, the son of Aphiah of Benjamin. 2 He had a son named Saul, an impressive young man without equal among the Israelites”

Because of our iWorld, we don’t think of ourselves as the ‘child of so and so’, the ‘grandchild of so and so’, ‘belonging to a particular clan’ – basically we don’t think in terms of heritage. That’s just not the way we think! When I introduce myself, I’m Eric – me and me alone. No connections, nothing. Just me. My identity is not linked to any other, especially those in the past. We don’t think we’re bound by the past or that we’re bound for anything in the future – because I am the center of my world. In our world, we like to think of ourselves as “self made”. As the product of the iWorld, we’re losing the concept of heritage.

But in the rWorld – the way that the Bible sets for us to live – in relationships. In the rWorld, the idea of heritage has to do with locating and building our identity around those we are related to in the past, the present and even in future. Building a godly heritage will mean that we will work hard at shaping our character and actions according to the Bible to make a positive impact on future generations.

Loves Jesus and loves telling people about Him.